Campus Question: Why Being... 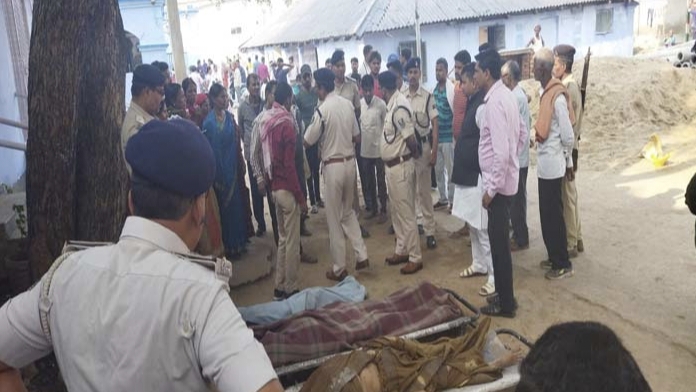 PATNA–While Indian society struggles with the menace of app-based loan rackets, six members of a family in the southern Bihar district of Nawadah died by consuming poison on Wednesday due to apparent harassment by local money-lenders who charged heavy interest.

The victim of this tragic incident was a fruit vendor Kedar Lal who was a devout Mazar visitor. Ironically Kedar chose a Mazar near Shobiha Agriculture Farm to consume poison in Samosas. It was Kedar’s youngest daughter Sakshi who broke the information to her landlady as Sakshi felt immense pain after consuming poison.

According to local sources first, it was Kedar’s wife Anita Devi and one daughter died after consuming poison followed by one son and another daughter. Kedar and Sakshi were referred to the Vardhaman Insitute of Medical Sciences, Pawapuri but it was too late to save them.

Kedar was declared dead on Wednesday while Shakshi was the sixth and the last who breathed her last on Thursday.

Incidentally, Kedar’s other son Amit Gupta was away in Delhi, he is the only surviving member of his family.

An FIR has been lodged against six money-lenders on the statement of Keda’s brother Shambhunath Lal. According to the SHO of Nawadah town police station Arun Kumar Singh, Kedar Singh had taken a loan of around 12 lakh rupees from money lenders a couple of years ago.

Kedar’s brother Shambhulal alleged that his brother and family were harassed by those money-lenders. SDPO of Nawadah Upendra Prasad informed that two of the six accused Ranjit Singh and Tuntun Singh were arrested. The rest four accused are said to be Manish Singh, Vikas Singh, Vijay Singh, and Pankaj Sinha.

SDPO Upendra told that a diary was recovered in which Kedar had written that he had repaid twice the principal amount he had taken as a loan. Kedar had requested six months to repay the remaining amount, which was due because of the heavy interest. The money lenders did not pay heed to this request and threatened with dire consequences if he failed to pay the remaining amount.

Kedar wrote, “Ye log desh aur samaj ka kira jo Dheere-dheere sab kuchh deemak ki tarah chaat jata hai (They are parasites of the society who slowly consumes it like the termites). This note is said to be written on November 8. The diary is yet to be recovered by the police but a screen shot of the same was found in Kedar’s son’s smartphone who handed over this to the police just before his death.”

Kedar wrote, “I am tired of Mahajans (money-lenders). They have ruined my life for the last five years. I have paid twice the amount I had borrowed but they have made my life a hell. I am repeatedly saying that I will pay what I owe but I will not be able to pay the interest amount but they are not ready. So, I am taking this step as the last resort.”

Kedar’s son Prince also stated before his death that his family was harassed and abused by the money-lenders.

According to local media reports Kedar’s son Prince put a status on Whatsapp, “I love my family” around 10 P.M. on Wednesday, the day he died. Then he changed the status with “Main marunga tou hanste hue marunga, jite ji bahut roya hun. (I will die smiling, I have cried much while being alive).

Arshad Ajmal, COO of Sahulat which promotes interest-free small loans in India, told India Tomorrow that this incident is the result of the ‘death trap’ of money lenders.

Arshad Ajmal added, “People get trapped in the vicious cycle of hefty interest on the loan. Due to this, the principal amount gets doubled soon and as a result, the loanee gets trapped in distress. The family of Nawadah seems to be facing the same situation and they thought that they can rid of it by killing themselves. It is quite prevalent. We come to know such things only when the victims take extreme steps.”

“Bihar’s problem is that registration for such societies is tough due to the Srijan scam of Bhagalpur. We are working at 95 places and we provide an interest-free loan to such persons. This problem can be resolved through community solidarity. We charge not more than the cost of the loan which ranges from 4% to 8%. If the repayment of the loan is delayed, we don’t charge any penalty”, explained Arshad Ajmal who is an expert on microfinance.

He stressed promoting community organizations to avoid such incidents of suicide caused by the distress of loan repayment.

In the age of visionless and negative journalism, IndiaTomorrow.net will highlight stories of hope and development. It will promote journalism of vision and optimism.